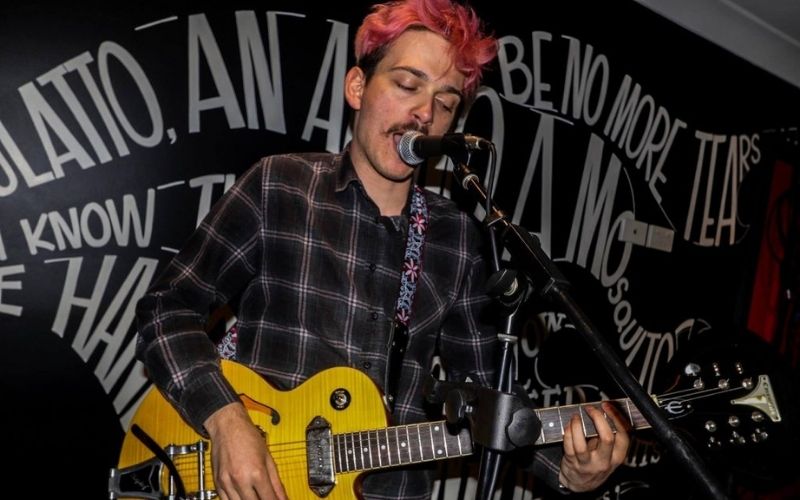 What I love the most about music and performing is the way it makes me feel – confident and unapologetic about it. I’m quite an introverted person by nature, but performing music from such a young age really helped contribute to the development of my confidence and self-esteem. I’d consider myself to be an expressive and outgoing person on-stage, which is a true contrast to my personal self.

My name is Sam Fitch and I work as a software engineer in Melbourne, Australia. Most of my work revolves around web development.

I chose my career primarily because of a previous failure. I had wanted to be a doctor for the longest time, but a semester of struggling with science units at university was enough to tell me that it wasn’t a viable career path. On a whim, I tried an Intro to Programming unit as an elective in the following semester, and it just made perfect sense to me.

I’ve lived in Melbourne my whole life. It’s been great travelling to see other places and cultures, but I honestly don’t think I could bring myself to ever move elsewhere permanently. Aside from everything else, it still has a great local music scene. 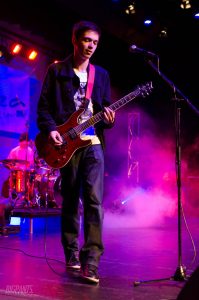 Outside of work, I really enjoy listening to, playing, and composing music. I’ve actively enjoyed music from around the age of 12 and have been playing guitar for just as long.

Music has always been a part of my life, even before I took an interest. My parents always enjoyed having albums playing in the living room on a lazy Sunday while they were doing things around the house. My dad even started picking up the guitar in his 30s, so my little brother and I had him playing music around us when we were very young.

However, I didn’t particularly have an active interest in music until around 2005. Visiting a music store in the city with my family, my parents offered to buy me and my brother one album each. The album I chose was so inconsequential that I can’t even remember what it was. Thankfully, my brother stumbled upon Green Day’s American Idiot. We listened to that album religiously for years – I don’t know how our parents could stand it!

My brother and I really wanted to play some of these songs, and our parents encouraged that. I picked up the guitar and he picked up the drums. I don’t think we played a song that wasn’t Green Day’s for about a year after we started, but we eventually branched out! 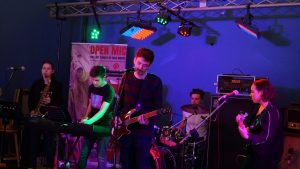 I don’t think I have too much idol worship in me, inside or outside of the music industry. There are certainly moments where I’m breaking down the components of specific songs that I really enjoy listening to, and I’ll think “wow – I really love what they’ve done here”, and it’s never as simple as it initially sounds. For that reason, I find myself admiring local musicians just trying to get their stuff out there more than anyone else.

I’m most comfortable with guitar and vocals, but I do branch out a little to different instruments when composing in Ableton. I can also play a MIDI keyboard very well.

I love playing anything with high energy, which usually leads me to a lot of rock and indie music, but I’m also really enjoying my recent rehearsals in a dark wave band. Whenever I play, I want to feel that energy, and I want the audience to feel it too. 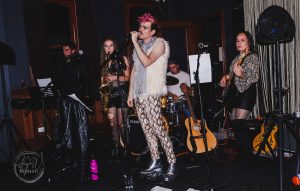 I’ve had a lot of great experiences with music, and thankfully, not many bad gigs to speak of. However, I still find that my fondest memories are those where I was just jamming in the band room with my family. It’s one of those things we’ve been able to do for years, and it’s really comforting to be able to have something like that to bond over. Nowadays, we can go months apart between jam sessions, and we’re still so in sync that it feels no time has passed.

I have a few future goals with my music. I’m happy to finally be back in a band now that COVID restrictions have eased up and gigs are soon possible. It’s been a couple of years since I’ve last had that opportunity, so it’s something I’m quite excited about. Beyond that, I really want to start releasing music that I’ve written/composed, whether that be a solo project or with the band. I’m getting into Ableton and able to record a lot of my vocal/guitar parts – this has been a great experience so far, and I’m excited to see how far I can take it. 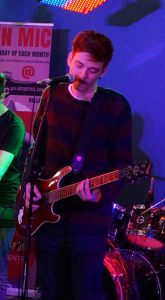 I definitely think that music has been a benefit to my career. The confidence and self-esteem I’ve learned as a performer helped present my best self to potential and current employers. On the other hand, my technological career has benefited my music experiences as well – especially in areas concerning sound theory and production.

My advice to anyone interested in playing music is to set small goals. My biggest obstacle starting out was motivation, or a lack thereof, and I would wager that a lot of others picking up an instrument would run into the same problem. Setting small goals was a huge help with this. Learning easier songs that I loved listening to was such a great path to take in hindsight; after each song learned, I felt so proud of myself.

Finally, I’d just like to say that there is always more than tech. I feel there’s always some part of the subconscious that wants to sort people into neat little categories, attempting to organise and make sense of things you know about them – but the truth is that everybody is a multi-faceted, complicated amalgamation of passions and goals. It’s important to recognise that we aren’t all just static, one-dimensional beings, and that we all have different capacities to be logical, creative, personable, and mindful. 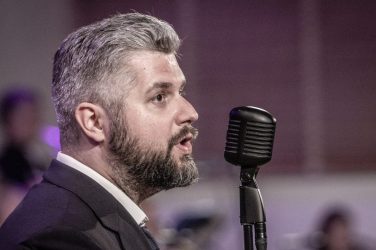 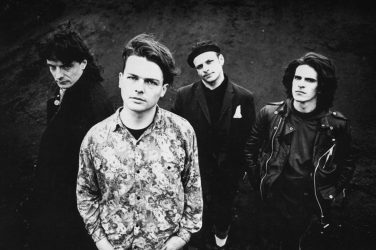