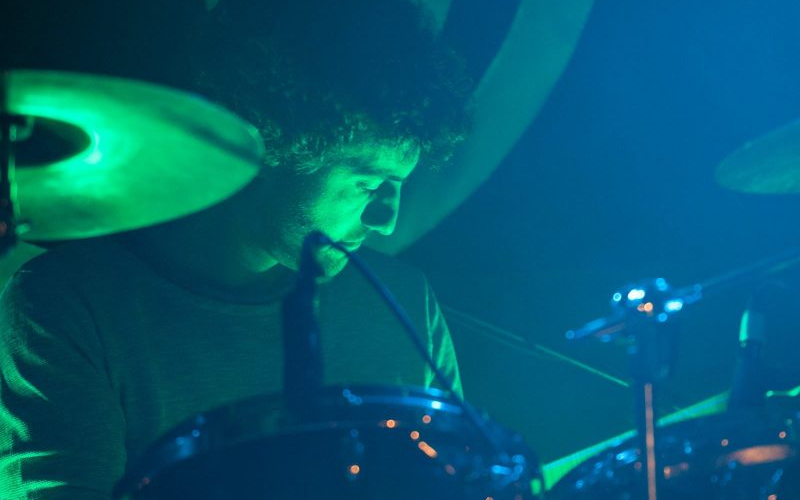 What I love the most about my sporting activities is the competitive aspect of them. Not for the sake of winning, but for the feeling of self-achievement – the feeling of getting better at something you enjoy doing. The competitive element is the fuel. At these levels, you have to excel and really be yourself. If you allow thoughts like “People are watching; I should impress them”, you will probably lose.

My name is Gilad Gotman. I have been developing software for more than 10 years, mainly mobile apps. For the last 4 years, I have been living in Berlin. I love music, sports, and games, and I try to mix all of them in my life.

I must say that software development alone is not my biggest passion. I enjoy it, but it’s not like playing music, for example. I do like the creative process and I love the fact that I can have an idea and actually build it and let people use it. It is a very inspiring position to be in. I chose mobile apps development because I prefer to develop the layer which is the closest to the user. In addition, a mobile app is something you can develop by yourself quite quickly and reach users easily.

Before moving to Berlin, I lived in Israel and the Netherlands. One of the benefits of being a developer is that you can work from anywhere you want. Before moving to Berlin, I thought: “Where do I want to live? What is the best place for me?” I took a short trip to Berlin to discover its benefits. I love the multicultural, affordable, and relaxed life here. On top of that, Berlin’s rapidly growing tech scene made it very clear that this is where I want to live. 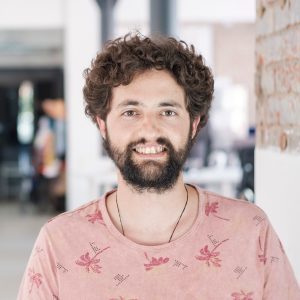 I was always a “hobbies boy” (this term works better in Hebrew). I had and have a lot of hobbies such as Football, Snooker, Chess, Drums, Table Tennis, Guitar, Board Games, Squash, and Cooking.

However, my biggest passion is music. I play drums in a hobby band and I love it. When I play, I feel I can let the “crazy” person in me out. The band I’m currently playing with is part of a great program for hobby musicians called “Bands Berlin” (https://www.bandsberlin.com). They found a band for me, with a mentor guiding us in every rehearsal. Together, we come up with cover versions of the songs we choose.

Another hobby I love is Capoeira. It is a great combination of sports, music, and community. Capoeira is just two people playing (it is called playing and not fighting) against each other in a circle of other people – clapping, singing, and playing live music. There is a very special energy in these circles. The only problem is that the older you get, your bones break more easily. Sadly, I had to quit due to a re-occurring injury.

I have always loved games too. I started playing Chess at an early age and got used to attending big competitions. As a kid, I was quite ashamed of playing Chess because it was considered a geeky sport (I was lucky if people even considered it a sport). When I was 12, I quit Chess and started playing Table Tennis competitively. I think the reason I always had several hobbies is that I like the excitement of starting something new. 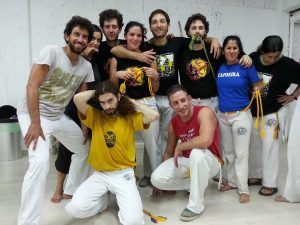 Most of the competitions I attended were from the ages of 5 to 17. I was on the school Chess team and I think we won first place in my city. Almost every Saturday, I played in a Chess team league, where you compete as a team of 4 against other teams from all around the country. Later on, I attended many Table Tennis and Snooker competitions (in Snooker, I didn’t do so well).

My first Chess tournament was when I was 5. I was quite a small kid and I could barely see the board while sitting on the chair. I got 5th place and they wrote on my certificate: “The surprise of the tournament” – I still have that certificate! I continued to attend all kinds of competitions. My father built me a ‘Hall of Fame’ on the wall in my room, and I regularly counted my trophies with pride – what a childhood! 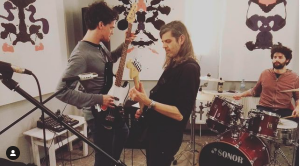 Looking at my other activity, I also love Music, specifically Drums and Guitar. With my hobby band, we mostly play Rock. I have a special interest in Brazilian music, specifically Bossa Nova (which is a fusion of Samba and Jazz).

There was always a music vibe in my house, but for some reason, I didn’t pick it up when I was young. My father and my sister played the guitar and my mom had a hidden dream to be an opera singer. I wanted to play the drums, but my father thought it was better to start with a melodic instrument, so I gave up. It was only when I turned 25 that I picked it up. I went on a long trip to south-east Asia, where I bought my first guitar. I played for hours and hours and the music spark was lighted.

My sister was a fanatic Guns N’ Roses fan. For the sake of home peace, I became a fan myself; that made Slash my guitar hero. I practiced “Sweet Child O’ Mine” endlessly – I still struggle a bit with the riff. As a drummer, I really like Yussef Dayes – his lively drumming is enchanting, and I love the music groups he plays in. I also like James Gadson’s groove feeling and the beauty of simplicity. As a fan of Bossa Nova, I try to learn from Milton Banana’s very syncopated style. 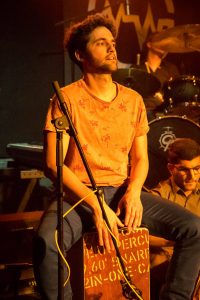 When I’m playing music, I feel the most alive. I can let my inner self out. I believe there is something so basic with the connection to music that it sparks a very deep and pure joy in people. With drums specifically, I like that you are so physically and actively involved with making music. You feel it in your body and you transform it with your hands and sticks. I also like that a musical instrument is an entire world to explore; there is never an end to what you can learn.

I remember when I attended a music festival in a desert in Israel. One particular performance was on an outdoor stage by a single drummer. He went crazy on the drums on this hot day, the desert in the background and the crowd dancing in a trance. I was enjoying it so much and thought it would be AMAZING to go wild like that and see the effect it has on people. In general, performing music to a live audience is a type of bliss. The feeling of creating something joyful together with your bandmates and the audience is great.

I still consider myself as a hobby drummer and I would probably never try to make it a profession. I really want to develop my drumming skills and always keep playing. I always feel sad when I hear someone telling me that they stopped practicing a musical instrument after years of playing. I wish to never lose the spark and never stop playing. My dream is to combine my passion for Music / Sports with my Tech skills somehow. I recently joined a project called “Drumap” (http://drumap.com), which is a great app designed for drummers and percussionists.

A hidden dream is to go wild like that drummer I saw in the desert. 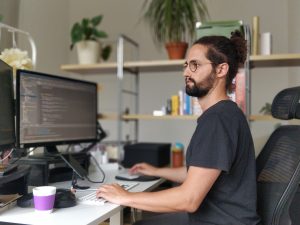 I see a few similarities between my Sports & Music and my job as a software developer – there is a creative element that is required in all of these activities. Another thing is that in sports and music, you have to consistently work hard in order to achieve any results. This kind of long-term gratification is addictive to me. You have to keep up and practice, otherwise you will get rusty and outdated. Coding works the same way.

I think that any kind of activity outside your profession is very important. It keeps you alive and connected to yourself. It also de-couples your profession from your dreams. It is, of course, great when you can work on your biggest passion, but it is hard to find and sometimes can hinder the experience of both.

There is always more than tech. Behind every techie, there is an entire world of desires and interests. It is important to share it with the world because when you share it with others, you first share it with yourself – it’s an important discovery process. You need to open up, look inside, and try to explain who you are and why you are actually doing what you do. You might also inspire someone else, which is quite amazing. 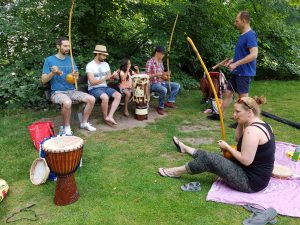 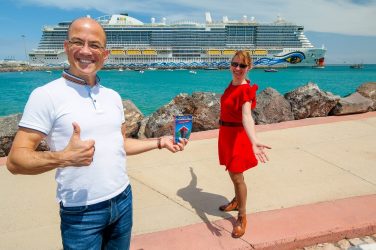 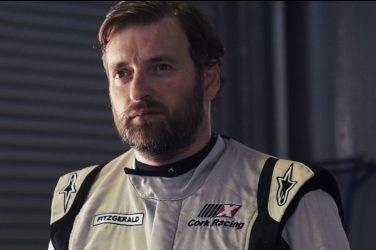