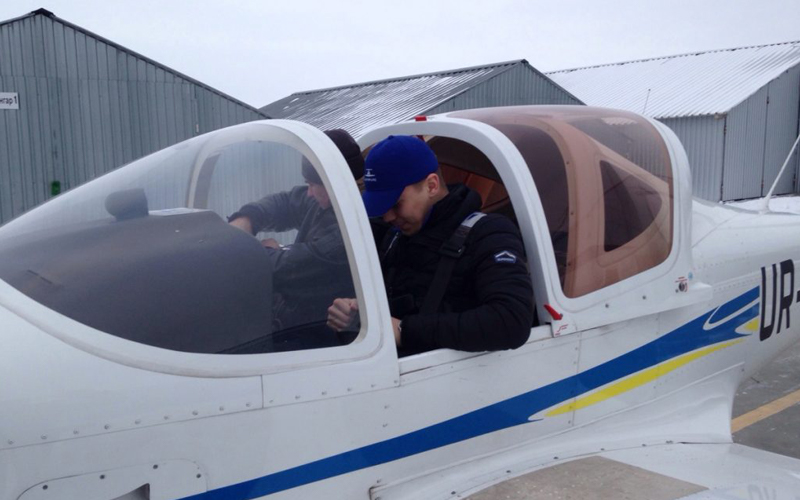 Flying has always been in me. But I always understood that this was an unattainable dream, and I didn’t take it seriously. From time to time, I just came to city airports for spotting – I always enjoyed watching traffic. Once I made my first ever flight on a Boeing 737-800, I decided to become a pilot. Shortly thereafter, I went to a flight school and signed a contract. I did not feel fear my first time flying – it was a pleasant excitement, full of enthusiasm and awe in my first plane.

My name is Oleksandr Tsyba and I am a Software Engineer, private pilot, and writer. As a child, I was inspired by the fact that a computer can be programmed by me. It was like magic. I drew my first computer on cardboard. I wrote my first program when I was 13 years old – it was a Dendy console, where I found BASIC on a default cartridge.

I grew up in a small village in Kherson Oblast. After Basic General Secondary school, I continued education in a college in Kherson city, where I started a career in my 2nd year of education. Due to the fact that the city is pretty narrow-minded, I could not find a new good job and decided to move to Kyiv. In Kyiv, I resumed education and continued my career as well. 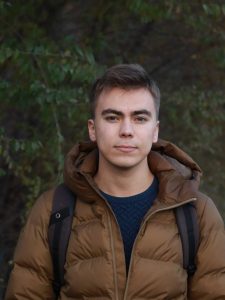 Outside of my job, I like running (this year, I ran a half marathon at Kyiv Marathon), travelling, spotting, writing (this autumn, I published a 2-page essay in a Ukrainian gay magazine), photography, and (of course) flying. To be a student pilot, I have had to get a medical certificate within the related regulations. After that, we started a theoretical course in a small group. At the end of this, I passed all my exams and got a permit to take the left seat (captain seat). On the right seat was my instructor, who released me for a solo flight shortly after the first flight. To get a license, you should finish all the program in 48 fly hours, which includes the following: a lot of pattern flights, special flights exercises, cross country flights, take-off and landings in other airports, etc (also, any type of emergencies, including engine shutdown, fire, stalling, radio failure, weather troubles, etc.).

My Private Pilot Licence allows me to fly any single-engine piston aircraft up to 5700 kg MTOW. But one note: I cannot just take any plane that I like. For every type, I should pass a special course with practical training. I fly a Tecnam P2002 JF (600 kg MTOW) and would like to take a course for an Aquila AT01 (750 kg MTOW). 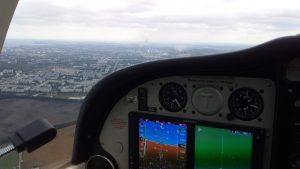 To get to the sky, we have to do a flight plan, which is routine work. In the pilot’s logbook, I should write down meteorological information, the route, alternative airport, fuel calculation, center of gravity, etc. Sometimes, we are overweight in total and not able for flight. So, we are forced to remove some baggage or even change a route.

Airspace only looks transparent and empty. For pilots, the sky is marked (divided) into many specific zones and areas known as classes. They are defined by coordinates and altitude – they have specific flight rules, such as speed restrictions. In addition, there are existing routes and departures and approach ways. From time to time, militaries issue special restrictions for some areas (zones), which also forces us to re-route. 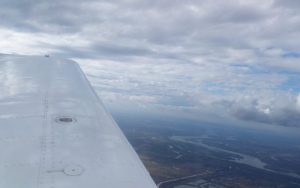 So far, I have only flown around Ukraine (we call it cross country). But I would like to extend geography soon. What I love the most about flying is the literal freedom – this incredible feeling inspires me!

My most memorable experience as a pilot was on a short final at a critically low altitude while my instructor and I were on board – we encountered strong wind shear, which caused a sudden left bank angle rise (close to the maximum allowed) and a loss of altitude. I was able to initiate a go-around immediately, exactly in the way we are trained.

One day, we had a scheduled training flight at our home base airport. Ahead on our takeoff course, very close to us, was a low-flying Mriya (Antonov An-225). Due to Typhoon Mangkhut, the plane was approaching its home base airport 50 nautical miles away after a Guam Mission. Compare for yourself his 285,000–640,000 kg MTOW versus my 600 kg MTOW – such a handsome giant brother! I was late by just 5 minutes and lost my chance to fly beside the biggest airplane in the world. This taught me to appreciate the time much more, even while I consider myself very punctual (you can read more about that Guam Mission with this link: https://www.flightradar24.com/blog/antonov-an-225-goes-to-guam). 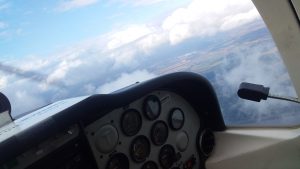 In the near future, I would like to validate my licence within EASA in Berlin for expanding my pilot rights and permits. My advice to anyone interested in flying is to go and do it if you really love the sky. Let’s keep the sky safe!

There is always more than tech. I am deeply convinced that personality is much more than an occupation. The world is full of very interesting and exciting things – it would be very stupid and sad to leave without knowing that. 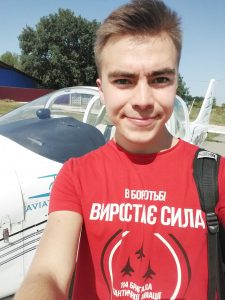 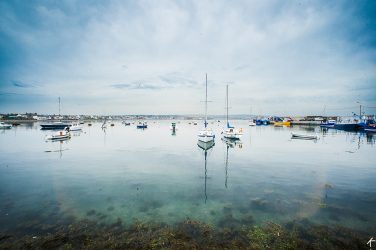 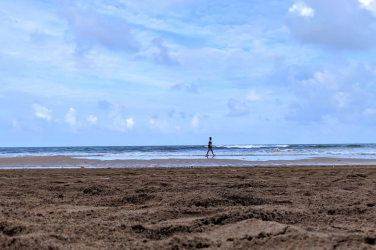