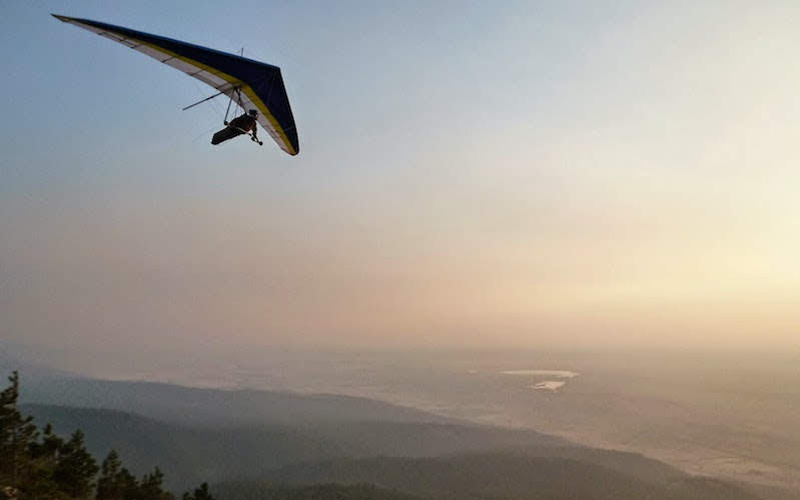 Being in nature and sharing experiences with friends are the biggest benefits of Hang Gliding and Paragliding. The feeling of freedom and the exhilaration of flying thousands of feet above the ground without a motor cannot be described. Adapting to unpredictable weather conditions provides an environment of continuous learning. As a pilot hones their skills, they are able to fly longer, higher, and further. The ability to continually improve, which results in better flights, is exciting.

My name is Richard Sibley and I’m a software engineer. I started off my career in c/c++ and windows development back in the early 2000s. In the last handful of years, I’ve been focusing on Android development.

I earned my degree in Mathematics at the University of Waterloo. After completing internships in software engineering, I discovered I enjoyed working with computers and majored in computer science. After completing my degree, I worked for various companies in Waterloo, including “Research in Motion” (creators of the BlackBerry), back when it was the most popular phone. I then moved to Sunnyvale, California in Silicon Valley to work on the “Palm Pre”, which was released the following year. Since then, I’ve worked for Barnes & Noble, Apple, and Amazon. 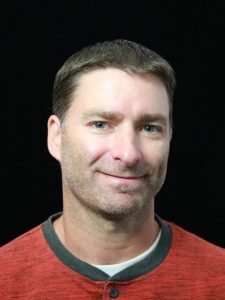 Outside of my job, I spend a lot of time hang gliding and, to a lesser extent, paragliding. I first became interested in hang gliding in 2008 when I happened to visit “Fort Funston”, a popular coastal flying site near San Francisco. I didn’t take lessons right away, but I never forgot the image of the hang gliders flying around freely. I began lessons in the summer of 2010 with a friend from work. The first lesson was so much fun that I continued and became increasingly addicted.

The number of people that both hang glide and paraglide is quite small. After hang gliding for several years, my wife wanted to try paragliding. At the beginning of 2015, we began taking lessons together.

The process of learning to hang glide or paraglide is very gradual. The first day of lessons involves learning how to control the wing, but usually includes flying over the ground by 10 feet or more. I remember how incredible it was to float over the ground of the training hill. Sometimes, I actually wish I could forget everything I’ve learned and start again, because the learning process is so much fun!

For both Hang Gliding & Paragliding, the basic gear includes a helmet, harness, backup parachute, and the wing (paragliding wing or hang gliding wing). Some optional equipment is a jacket and warm clothes (it can get really cold if you are able to get up to high altitudes), CamelBak and granola bars for long flights, a radio (to communicate with fellow pilots while flying), and a variometer (to assist with location tracking and finding thermals).

Mental preparation is very important when Hang Gliding. If your mind isn’t able to make good decisions, that’s a very dangerous situation to be in. There are some common sayings in hang gliding such as, “Better to go home and fly another day”, or “I’d rather be on the ground wishing I were in the air than in the air wishing I was on the ground.” That last saying is a good thing to keep in mind – you want to make good mental decisions regarding flying before you even take off the ground. It’s better to prevent and avoid dangerous conditions than trying to figure out how to escape them in the air.

Physical preparation is also important. If I’ve been up flying for a long time, I usually try to get my legs out of my harness and get the blood flowing again before landing and having to use them to run! Mid-flight, if I’m getting sore or tired, I will sometimes put my feet on the control bar in order to stretch muscles. It makes a surprising difference!

I haven’t travelled all that much for hang gliding – the places you can go to in California are incredible and unique. The top places that I’ve been are: 1) Yosemite 2) Tahoe 3) Fort Funston 4) Lakeview 5) Crystal Lake.

After gaining experience hang gliding, I earned my Tandem Hang Gliding Instructor rating. Unlike a basic or advanced instructor rating, this rating is specifically for teaching people while flying tandem. As a tandem instructor, I will usually take students for flights at the coast for about 30 minutes. During the flight, I demonstrate to them how stable the glider is, take them for a bit of a thrill ride, and show them wonderful views from hundreds of feet over the coastline. If they are lucky, they may see dolphins and whales in the water. Sometimes, I can also let them take control of the glider while giving them instruction. While flying, we have the opportunity to discuss topics such as weather considerations, differences between coastal flying and mountain flying, various types of hang glider wings, some of the challenges involved with hang gliding, and what it takes to become a pilot.

I think that intuition plays a big part in both work and flying. I think you can often just “feel” when something isn’t quite right with both activities, and it’s usually best to follow your instincts (assuming you’ve built up good instincts and experience!). I think both require a lot of training and patience, and both have good results after careful analysis.

My advice to anyone looking to take up hang gliding or paragliding is to try to connect with the other people that are learning and training with you. It can be difficult to find people to fly with – the more people you stay in touch with, the easier it is to go on flying trips. Also, don’t be in a rush. I was always anticipating the next big step and tried to get there as quickly as possible. But I think it’s better to really savour the current level that you are working at. You’ll get to the next step when you are ready, so enjoy your level and abilities. I’ve heard that the best pilots are sometimes those who learn the slowest because they really learn things in depth. The ones that it comes to “quickly and naturally” might pass through the learning stages so quickly that they miss certain details. In the long run, it’s better to learn slowly! 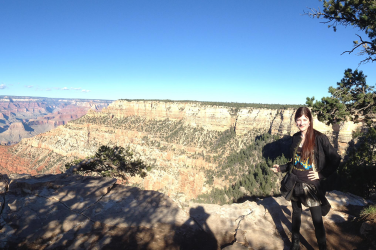 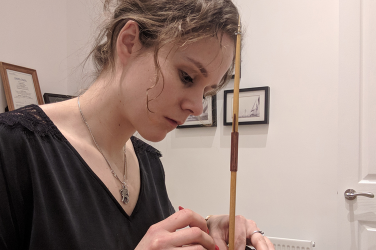 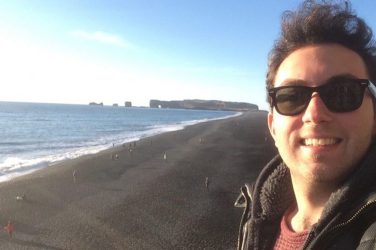 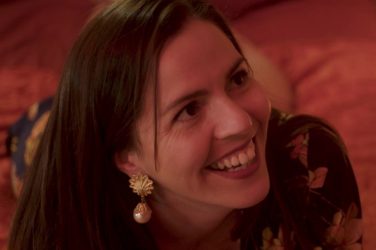