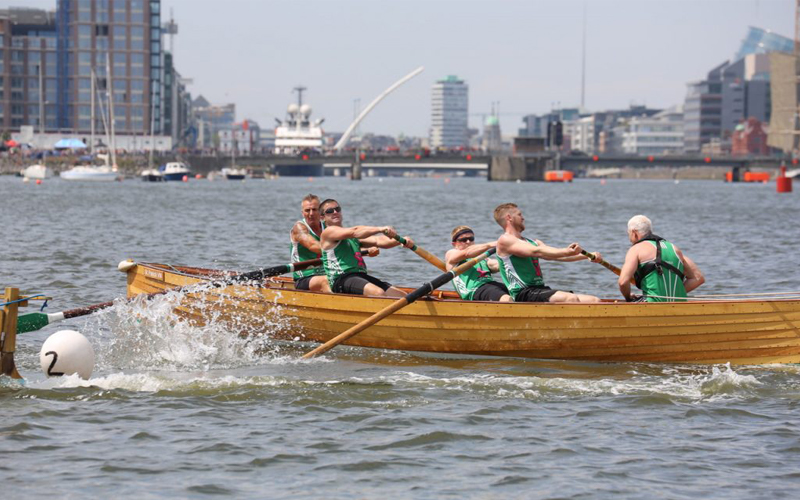 What I love most with rowing is the connection with nature. With skiff rowing, not only are you racing your opponents, you’re battling the elements. Some days, the water is as smooth as glass; on others, it’s a maelstrom. On those rougher days, every stroke becomes an endeavour to catch water amidst the troughs of the wave or avoiding the engulfing wave crest. The exhilaration and exertion to conquer the waves is something I’ve never experienced elsewhere. Topping it all is the fact that you’re not alone in the boat, but sharing the weathering experience with your crew. There seems to be a direct correlation between muscle fatigue and great banter!

My name is Michael Sherlock and I work as a Financial Services Consultant with Deloitte based in Dublin. My current role involves developing and managing scalable regulatory reimbursement programs for financial institutions.

After completing a chemistry research master’s degree, I wanted to gain broader experience in problem-solving. I applied for a consulting position with Deloitte, thinking of possibly working in their life sciences team. They put me in the Financial Services group – not exactly what I was expecting, but I’ve never regretted it! I’ve gained incredible hands-on experience developing solution designs and managing process implementations in a fast-paced environment.

I’ve thoroughly enjoyed working and studying abroad, including an internship in the European Patient Office in The Hague as well as undertaking my master’s degree in Cambridge. Following that, I got a job back in Ireland but it wasn’t until I joined St. Patrick’s Rowing Club in Ringsend, Dublin that I felt that I was home to stay.

Skiff coastal rowing is a bit of an obsession – I try to train at least five days a week, with weekends during the summer dedicated to competing in regattas. My love of rowing began on the banks of the Cam. There is a great passion for rowing at Gonville and Caius College, Cambridge. For me, river rowing is the perfection of man as a machine. Even the millimetres of the oar handle can be measured to ensure perfect unison between yourself, the boat and your crew. The joy of this form of rowing is in the speed and synergy of the boat. Once momentum is gained, the boat sits up as on a knife blade, cutting the water with an exhilarating serenity.

I’m a member of St. Patrick’s Rowing Club, one of two clubs on the mouth of the river Liffey near the Dublin docks. There is a great rivalry between the Stella Maris and the Paddies. In fact, most local families have members in both camps which, when your closest competition is also your nearest and dearest, you’re always on your toes. It’s been neck and neck with the trophy tally over the last few years, and every racing division has its part to play to win honour for their club.

I’m also a member of Crew Class, an intense indoor rowing class for all levels run by former Olympian Niall O’Toole. Niall keeps the rowing flame burning bright during the winter period, with high energy and witty charm that will motivate you during the darkest days.

At St. Patrick’s, it’s a different style of rowing to the one I learned on the Cam. The boats at St. Patrick’s rowing club are traditional skiff boats, originating from the wooden crafts used to transport cargo and passengers to and from ships too big to moor in the port. In an effort to maintain the heritage and craftsmanship behind these boats, their design has been modified slightly with the change in function from work to leisure. I say ‘leisure’ loosely as it’s the last word that comes to mind as one hauls the wooden beams through the water, propelling the heavy craft forward. There are four rowers in a skiff crew and one cox, who is responsible for steering the boat and motivating the crew. Unlike the carbon-fibre river rowing boats with moveable seats on rails, the skiffs have fixed seats. This makes the rowing motion less predominate on the legs, engaging also the back and shoulders to drive the oar through the water. Men and women use the same boats and oars.

Most races are (roughly) 1,400 metres long and consist of a single 180-degree turn, while the men’s intermediate, junior and senior races are circa 2,800 metres long and usually consist of three 180-degree turns. To get the boat around these turns, its best imagine it like a car’s handbrake turn; one side holds water while the other continues to furiously row. Races can often be lost on a turn, either taking too long (thus losing the boat’s momentum) or automatic disqualification if the buoy is not rounded.

Rowing is strange when it comes to being a team sport – despite being surrounded by your crew, 90% of the interaction happens in your head; everybody is battling their own demons. Without trust in the guys behind you, the challenge is insurmountable. Your focus is your oar and pushing through every pain and mental barrier the sea throws up at you. That’s where the importance of the cox comes in; their voice grounds you in the boat, challenging you to become limitless. On that basis, perseverance is probably the number one skill in rowing – the continuous drive to keep going and never stop giving it your all.

Our first intermediate crew gold win was particularly memorable for me. The season had gotten off to a rough start – in the first regatta, we did not even finish due to a collision with a wayward skiff. While we had succeeded in gaining a bronze medal the previous weekend, the sea and race had been gruelling. This was our home regatta, so the bridge acting as the start and finish line was packed with on-lookers, a mass of Paddies green supporters. Due to the number of race entries, there would be two time-trialled heats, no final – fastest time wins. The two race favourites were drawn into the second heat; we were in the first.

From the starting gun, we were chasing the lead boat, the two boats out in front of the pack. Coming off the first turn, we caught them and had pushed a solid two boat-lengths on them by the second turn. Looking back, we noted that something must have gone wrong in their boat, as they did not take their turn and proceeded to withdraw from the race. This was not ideal; without another boat to mark, it’s difficult to gauge how well your time trial is going. Liam, our cox, was in a fervour urging us onward. Fearing his words were not enough, he grabbed the cap from his head and slammed it into the boat to drive us home! We sailed under the bridge to tremendous uproar from the supporters above. And then there was the sickening silence, as we waited for the second heat to run its course, wondering had we done enough. I went over to wait by the judges’ podium. The second heat eventually ended and the anticipation grew. I don’t remember the judges calling out the results, only the aftermath. One of the senior crew assisting the judges jumped down from the podium and smothering me in his arms, roaring: “you’ve won!” Those words initiated the eruption of jubilation from the crowd around me!

Winning Gold at 2018 All Ireland Senior Skiff Rowing was another incredible event. One of the senior crew members was working that weekend, and I was ecstatic to be asked to sub in. Closer to the day, I began to feel the pressure, though that was more from myself not wanting to let the others down, as our senior crew was one of the favourites to win. The lads themselves were nothing but supportive. The issue was I’d be rowing a different seat to where I normally row. Currently, I row stroke (the person who sets the pace of the boat), whereas this time I was rowing second bow (following the stroke’s rhythm). The complication with this is that my rowing technique was not as refined with the second bow oar, as it is slightly longer and heavier, more apt at putting down power than the sprightly stroke oar, which is the heartbeat of the boat. A miss-stroke on my part in such a high-calibre race could prove seriously detrimental. My fretting was for naught in the end. It was a tough race, but sea conditions were calm and by the first turn, I had settled into the new tempo with the new oar – with that, the competition was steadily pushed away.

There are plenty of great places to row in Dublin. St Patrick’s Club is based on the Liffey, which is one of the best locations around to train for rowing. If we want choppier seas, we can row out into Dublin port, where the surges from passing ferries and cargo ships throw up additional tests. Alternatively, if we want calmer waters to help us perfect technique, we’ll head upriver. One of my favourite rows is up to and under O’Connell Bridge in the heart of Dublin City. Another favourite is the Barrow row, an 18km race from St. Mullins to Wexford town. It’s held in the autumn when the countryside is a bright array of greens and golds, and the morning mist clings to the quiet river.

In the future, I’d love to compete internationally. There are a number of heritage boat races in the UK, France, and Italy. In the past, the club has taken part in these events and it would be fantastic to be selected for their international crew. In addition, St. Patrick’s Club is investing in some off-shore boats, which is incredibly exciting. These boats are a hybrid of the coastal rowing boats and the carbon fibre rowing boats. Due to the universal standard of these off-shore boats, they can enter a multitude of international races, and have even been proposed to be a new race category in future Olympic Games.

Both my rowing and my work consist of a small guy with a big mouth screaming bloody murder at me to work harder! I jest, of course. In a way, rowing is a smaller microcosm to work. Both involve working towards a goal, making the boat move faster, or developing a solution that meets my clients’ needs.

I believe my career has benefited greatly from my rowing experience. On a purely practical level, being out on the river clears my head and releases any pent-up energy from sitting at a desk all day in the office. Regarding transferable skills, the main aptitudes within coastal rowing are perseverance and adaptability. With each unrelenting stroke, you’re forced to overcome the uncertainties of the sea/ your environment and react to your competition. The same mentality is required in consulting.

My advice to anyone looking to take up skiff rowing is to simply go for it! It’s a great full-body exercise that improves mental clarity and gets you outdoors. Rowing is also a low-impact exercise with a low risk of injury, so there is no diving in off the deep end. Finally, it’s a very social sport, where you’re part of a crew. So even when things are getting tough, on and off the water, you have others there to support and motivate you.

There is always more than tech. Sharing these stories of our interests and passions helps illuminate the unique individuals behind the shadows of corporate stereotypes. And maybe better yet, dares us to try something new!

Feature photo taken by Fr. Ivan Tonge. To see more of St Patrick’s Rowing Club, be sure to check their Facebook page: 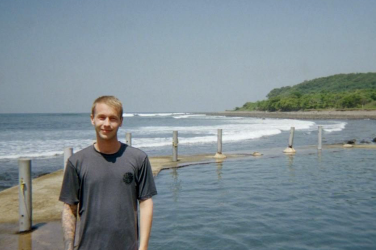 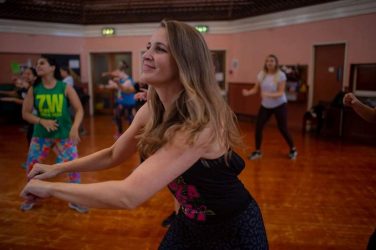 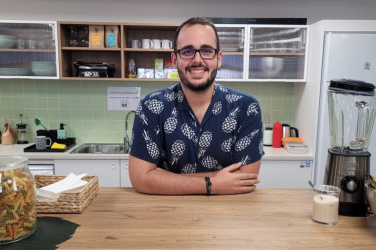